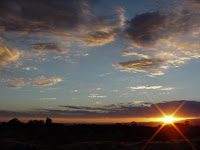 As it happens, it isn’t exactly rocket science to understand why the psoas muscles get tight. The answer is, “insults and injuries”. When we get uptight, we get tight.

(For the clinicians out there, the tension is part of a larger pattern of psychomotor/ neuromuscular tension activated by stress and maintained as an activated memory pattern, and that kind of tension involves the body-core.) When we get injured, we tighten up in Trauma Reflex (cringe response).

Insults and injuries form memory patterns.  We never completely forget.  Insults and injuries that occurred when we were not up to the demand of an experience leave their mark in memory. Immaturity may lead to painful experiences. And the memory of those experiences is not just “inner” and “emotional”, different from the body, but present as the felt state of the body:  patterns of tension and other stress-induced changes resident in memory and activated — the physical sensations of the memory, carried all the way through to the core and experienced to a greater or lesser degree as physical changes.

For that reason, single-muscle releases miss a lot of the tension pattern of which tight psoas muscles are a part.

In “An Essential Understanding of the Psoas Muscles“, I use the term, “open core”.  I refer to a person’s “full stature”.  I talk about the nervous system’s centralized role in regulating muscular tension in arising from rest to sitting, standing, and walking; for each of those movements, a corresponding state of mind exists.  I’ll go into that shortly; as you’ll see, it’s pretty obvious, when pointed out.

Chronically tight psoas muscles indicate the existence of stuck movement-memory patterns. To free tight psoas muscles, we must release the trigger of the tension — whether the memory of activity (movement), of a sensation (injury), or of emotional stress.  Then, we must integrate the movements of our psoas muscles into larger, healthy postural and movement patterns, such as those of sitting or walking.

“Release” doesn’t necessarily mean catharsis. It means getting unstuck. Catharsis is the explosive uncorking of pent-up emotion when we release resistance to doing so suddenly.  Better, to regulate the resistance and the emotion, together, and do the releasing gracefully and essentially comfortably.

Memories are congealed patterns of experience. The more we return to them, the more ingrained they get.  Then, they show up as habitual patterns of tension.

A person stuck in a habit pattern is enclosed in the habit and to that degree, closed to new experience. There’s no space. All there is, is the repetitive replay of memory. Noise. The closed (or hard-) core condition.

However, a deliberate, new action can modify a habit – but only if that new action first softens up the habit.

The key to softening up a habit is to recover the experience of creating it, to begin with.  That means that a person deliberately does what ordinarily “happens by itself” until (s)he can feel that (s)he is doing it, rather than that it happening to her/him. It has to do with recreating the habit pattern, deliberately. The saying is, “Whatever you are doing wrong, do it more, and then less.  That action melts the mold of a habit so that it can be remolded.

In that state of “melt”, the person no longer feels identical to (or trapped in and by) that habit; (s)he has transcended it. That transcendence provides the space for the emergence of The New (in whatever form).

We deliberately to do the movement actions of the tight psoas pattern (which involves many muscles and movement elements), add energy to them.  When we do that, we feel those muscles “give in” and relax, as we relax.  Step-by-step instruction in a program such as Free Your Psoas, guides you through the larger tension/movement patterns.

BACK TO THE PSOAS

The modes of psoas function – rest/repose to sitting, to standing, to walking, correspond to states of the psyche.  As I said, it’s pretty obvious.

* REST/REPOSE:  no intention, no readiness, no engagement with experience

Although sleep may seem the very definition of rest, sleep is no necessarily restful.  Ask anyone with insomnia.  Dream sleep involves emotional, mental, and subtle physical activity (e.g., REM — Rapid Eye Movement sleep).  Deep, dreamless sleep is as close as most of us come, and generally, tense people stay tense even during sleep.  Waking repose is generally not full rest.

* SITTING:  coming to some higher degree of activity; mental and emotional engagement

* WALKING etc.:  coming to a still higher level of activity and engagement

Any “hold” at any of these levels is a limit on the responsiveness of the psoas/iliopsoas muscles, generally at some level of contraction that you can’t relax by ordinary means.


Physical and/or emotional trauma can create a memory impression sufficiently fixated to create chronic muscular tensions of this type. So can voluntary actions repetitively done or done for a longer period of time at a high level of intensity. These memory impressions function as if the situation is still happening in present time – with the attendant emotional flavor and arousal state.

As I said in the other article, as a generality, people never experience deep rest; they/we are stuck at some level of activity, some level of tension, stuck in some pattern of memory, of arousal, of reactivity, of resistance to outer things and to things inside ourselves.

In general, we are held in a pattern and prevented from coming to our full stature, our best balance, our self-assurance, our freedom.

That means that psoas muscles don’t lengthen freely when coming from sitting to standing. We never get completely out of the crouch; we never elongate fully unless we apply extra effort (generally as an automatic action). We never come to our full stature.

And we are always held in a pattern. It’s just that the pattern may be long-term dysfunctional or short-term functional.

If it’s long-term dysfunctional, we are responding out of habit, maintaining our pattern with a sense of friction against some outer experience or in a state of conflict with our inner experience or preference, in a kind of chronic state of emergency.   If it’s a short-term functional pattern, it’s emerging and changing in the moment, playing out freely as a stream of experiences:  sensations, emotions, ideas arising without an effort to prevent or force them, a creative stream of new emergence by which we may bring something new (not memory-based or conforming to an existing memory mold).

Creating something tangible in that stream of creative emergence involves a state of alignment in which, if we “take our hands off the steering wheel,” things continue to go along with a kind of momentum. It’s called being “in the groove”, “getting your groove on”, “in the zone”.  The flow flows without much fuss. Open core, free sleeve. Resilient, responsive psoas muscles.

In the abstract, an awakening or filling out of somatic awareness involves recognizing when we are fixated in stress-patterns (memories) and progressively melting the mold of memory.  The mold of memory keeps us in patterns of tension, formed some time ago.  To melt the mold of memory permits us to continue to dissolve, and evolve, to reshape all the way through to the core.

With each increment of “melt”; we elongate into looser movement and a more comfortable balance.  By melting, we surrender both to staying the same and changing. We let ourselves stay the same, and also let ourselves change

Without that “melt”, attempts to free the psoas muscles and the core are limited to the degree to which we have already outgrown our earlier memory patterns and can release them.  In other words, a limited amount.

And, in any case, the limitations of our present existence are the present temporary limit to which we can be free in mind and in the musculature.

Somatic education is a good place to start.  Develop greater mastery of your attention.  Learn to feel and, through your attention combined with movement and memory exercises, to melt the ways in which you, like jello, are set.

Put yourself together, better.  Streamline your abilities by developing a bodily sense of organization that affects everything you do, from how you pay attention to how you understand how things function, to how you upgrade your abilities.  Know distinctly the difference between not getting results and getting results and whether the result closely met your intention..

And, of course, there’s reverse the cumulative effects of stress-memories that make you age faster, and recapture some of your lost youth (or masterful athletic expertise, if you’re an injured athlete).

Add your comment — what you would like to ask or tell.
This entry was posted in groin pull pain, how to release tight psoas muscles, ilio-psoas bursitis, Psoas Muscle Back Pain And Release Techniques, psoas muscle pain, Psoas Release Surgery Recovery, Santa Fe 87508. Bookmark the permalink.