If you’ve arrived at this article from a search, you may wish to see the basic article (of which this entry is a more detailed version), first:

WHO IS THIS ARTICLE FOR?

WHO AM I, THE AUTHOR OF THIS ARTICLE?

What Do Your Sacroiliac Joints Do? 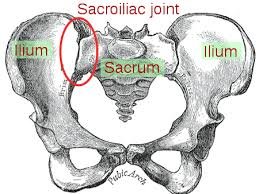 Your S-I joints allow the walking movements of your legs to move flexibly, through your pelvis (which flexes at the S-I joints), to your trunk. Your S-I joints lend “cushion” to your spine and pelvis, when you sit. If the joints are jammed or the muscles of your pelvis are tight, there’s no cushion and sitting can be fatiguing.

These distortions affect the muscles of the trunk (primarily the back, the psoas muscles, and the quadratus lumborum (“QL”).

What Happens to Your Sacrum in Sacroiliac Joint Dysfunction

Your sacrum gets twisted, usually jammed one side forward, one side back. That causes your whole pelvis to twist, the opposite side forward. (More rarely, both sides are jammed forward — more about that, later.) In addition, one side may jammed downward, causing the appearance of unequal leg length — even though the legs are the same length — and the appearance of one hip being higher. You may have heard all this, before, from your health practitioner; now you understand it, better.

Distortions of movement and spine shape may follow, with pain as far as the jaws and down the legs.

The pain triggers muscles of the abdomen to tighten, especially when bending forward or turning over, in bed. It’s often a very delicate situation — as you may have experienced.

When a sacrum is twisted from its home position in the pelvis, we call that, “displacement”. It’s out of place. With displacement comes distortion of pelvic shape, which puts strain on ligaments of the pelvis, puts pressure on internal organs, and generates pain. The brain senses those strains and pain, and, as a reflexive response, causes muscular contractions that generate a “gripping” sensation in the pelvis that gets worse with movements such as bending forward to put on socks or flush the toilet, rolling over in bed or attempting to stand up straight. The pain triggers cringing, in which muscles tighten up, potentially anywhere.

Non-spasm pain may radiate from the S-I joints into the pelvis, lower abdomen, groin, or sex organs. One person with whom I worked had a diagnosis of interstitial cystitis (intense bladder pain) — and a twisted sacrum from falls from horses.

Therapists unfamiliar with the bizarre symptoms of S-I Joint Dysfunction may attempt to treat symptoms as if they originate where they appear. Such treatment attempts fail. They don’t address the symptoms at their origin — the twisted sacrum.

In investigating sacroiliac joint dysfunction in myself, I came to understand the condition and its causes. At that point, I had an idea of what I could do to correct it: set up ongoing, symmetrical muscular forces to make my pelvis (sacral position) become symmetrical. I was the first “guinea pig”; I developed the exercises, in myself, and refined them based on the effects I felt. Remember — I was qualified to do that, having been in clinical practice, since 1990.

Most cases of SIJD start with an accident, such as a hard fall (athletic injury, fall from a bicycle or horse, ladder, tree, or rooftop); I told you what I think caused it, in me. Because the changes of muscular tension from an injury are asymmetrical — meaning, the right and left sides no longer mirror each other, they keep the pelvis distorted. These muscular forces don’t change in any lasting way with stretching because they’re programmed into muscle/movement memory and so reappear, shortly after stretching or manipulation.

The brain recognizes the strains felt in the pelvis as an emergency situation: the integrity of the person’s movement system is in crisis. Brain-triggered contraction patterns follow (as an emergency response) to reflexively stabilize the situation — but it’s a grip, not a correction to pelvic shape because the correct sense of pelvic shape has been lost in the injury.

The term we use in clinical somatic education is, “sensory-motor amnesia” (S-MA). These muscular contractions are so strong that they hurt and trigger pain-related tightening, throughout the body, but one isn’t in touch with holding them tight because the tightness is “on automatic”.

Radiating pain follows from the distortion.

What happens to ligaments chronically under strain? They get inflamed. Inflammation is nature’s way of forcing fluids and nutrients into tissue that is strained (or injured) so it can heal. But under this kind of strain, no healing is possible — basically because it is not a “damage” situation, but an ongoing strain-and-irritation situation. Suppressing the inflammation is of no help. The ligaments aren’t the problem, anyway.

Muscles Triggered into Contraction by Injury

Isn’t it true that injuries usually occur from one side, rather than exactly centered at the back or front?

What happens with any injury, then, is that a cringe response gets triggered — a tightening centered at the injured region and radiating outward like the cracks in a damaged windshield — but off-center, and the tightening isn’t just momentary, but commonly lasts indefinitely.

It’s common to misdiagnose tight psoas muscles as the problem causing the pain, when the psoas muscles are tightening in reaction to a twisted sacrum. When the sacrum straightens, psoas pain disappears.

One cause of bi-lateral SIJD is sitting too long, perched on the edge of a chair in a condition of high tension and stress, as at a desk doing work by phone or on a computer. That pattern of tension involves the groin, hip joint flexors and psoas muscles in front, and the back muscles. The combination produces strain on the iliosacral ligaments — and soreness. Sometimes, it can be corrected by retraining the psoas muscles and hip joint flexors — an easy “fix”.

One-sided sacroiliac joint dysfunction is worse than two-sided SIJD and accounts for nearly all the chronic S-I joint pain I have seen.

Asymmetrical (off-center) muscle pulls and posture place more stress on one S-I joint than on the other.

Symptoms commonly appear at different locations on each side and people commonly mistake the locations of pain as the locations of the problems. Clinicians may also mistake groin pain as a sign of psoas muscle dysfunction, rather than as pain radiating from an S-I joint.

TO GET STARTED IN YOUR RECOVERY, FOR FREE

If
you’re used to exercises or therapies that produce such small changes
that you can hardly tell if anything is different, this isn’t that. With
somatic education exercises, you can feel changes rather quickly
(obvious after two practice sessions). As, your movement and posture
change, the symptoms of SIJD fade out.

To get started with the
program, Comforting Your S-I Joints and to see a statement of the
expected result of each section of exercises, you may enter your
information, below.

Enter where to send “get started for free” emails with instructional video links.

A
quick-response email message will come to your email address requesting
permission to mail to you. Once you give permission, “Getting Started
for Free” emails will come to you with bite-size steps for Unit 1 of
Comforting Your S-I Joints.

Unit 1 is preparatory for the section of the program that causes
your sacrum position to straighten. Getting started will allow you to
evaluate how well these exercises work, for you, in general.

Comforting Your S-I Joints
is a system of movement-based exercises that reprograms muscle/movement
memory. You’ll feel changes for the better with each practice session;
changes accumulate over time. The entire system extinguishes the pain
and restores mobility.

These exercises got me me back to my life with no limitations.

These
exercises are refreshing, not tiring. If you’re feeling too tired to
practice the exercises, practice them and get refreshed. 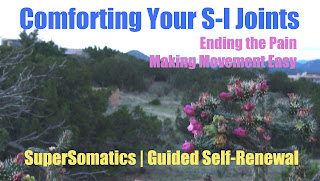 TO PURCHASE, CLICK THE IMAGE, AT RIGHT
OR GET STARTED, FOR FREE,
BY ENTERING YOUR INFORMATION, ABOVE. 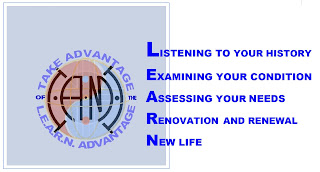 Click the image, above, to find out about
availability of personal mentoring through the program
with me, Lawrence Gold.

~~ Since 1996, I have offered a Lifetime Satisfaction Refund Guarantee ~~

copyright 2014-2018 Lawrence Gold
This writing may be reproduced only in its entirety,
with accurate attribution of its authorship
and contact information.

One Response to More Detail about Sacroiliac Joint Dysfunction